Not unlike Michael Jordan, who made his name in basketball before making a pretty penny by way of his eponymous tie-up with Nike beginning in the 1980’s, “The key to West’s wealth stems from sneakers,” Forbes Zack O’Malley Greenburg stated in 2019. (Valentim Group, the valuation firm launched by a handful of former partners from U.S. transfer pricing firm Economics Partners, puts the value of his music catalog to date at an approximately $110 million).

While West’s ongoing partnership with adidas made its formal debut in 2015 (the parties actually began working together in 2013), his footwear ambitions date back further. His Yeezy line first made headlines by way of the shoes he launched with Nike in 2009, which he then parlayed into a multi-year deal with adidas in 2013, noting that his 2012 Air Yeezy II “was the first shoe to have the same level of impact as an Air Jordan, and I wanted to do more.” He also wanted royalties (i.e., a percentage of gross or net revenues derived from the sale of the Yeezy sneakers), which Nike reportedly was not giving him (or any other athletes at the time).

It would not be long before Nike’s closest and longest-standing rival, the Herzogenaurach, Germany-based adidas stepped in and offered him a better deal. “With the help of [then-manager] Scooter Braun, [adidas offered West] what appears to be an unprecedented [licensing] deal” in furtherance of which adidas can use the Kanye west-owned Yeezy name, and make and market products. In return, West gets “a 15 percent royalty on wholesale, according to sources familiar with the deal, plus a marketing fee,” according to Forbes. That is more than the 5 percent royalty that the New York Times recently reported that West earns – the same percentage that Michael Jordan earns from his partnership with Nike.

Bloomberg wrote last year that “West’s partnership with adidas AG, which manufactures and distributes the shoes, is more of a profit-sharing agreement than a typical licensing deal.” In furtherance of the agreement, one that is set to end in 2026, “West has “creative control over designs, while Adidas handles fulfillment and production.”

Fast forward five years from the debut of the Yeezy adidas collection, and the rapper-slash-designer and the German sportswear giant have the $3 billion-earning Jordan empire “in [their] sights, in terms of both cultural clout and commercial prowess,” Forbes projected last year. The Yeezy venture was, according to Forbes’ calculations, “expected to top $1.5 billion in 2019. That figure represents a 50 percent increase from 2018, per Bank of America, and as of the summer of 2019, it was “still growing,” according to Forbes.

Newer figures put the business beyond that point. Bloomberg reported in April 2020 that “Bank of America Corp. valued the sneaker side of the business alone at as much as $3 billion last year,” cautioning that “that was before the COVID-19 pandemic devastated the fashion industry.” Specifically addressing West’s Yeezy deal with adidas, Bloomberg’s Sophie Alexander and Kim Basin put the deal in context of adidas’ larger portfolio. Citing Neil Saunders, an analyst at GlobalData Retail, a retail research agency and consulting firm, Bloomberg revealed that “Yeezy is ‘vitally important’ for adidas. Though it may be taking some sales away from the sneaker-maker’s other lines, Yeezy has had a halo effect on them, adding cultural prestige and raising the brand’s credibility with younger shoppers.”

Since then, Bloomberg has provided yet another update on Yeezy, this time from UBS Group AG, which has valued West’s sneaker and apparel business, including his ongoing deal with adidas AG, as well as his impending venture with Gap Inc., “at $3.2 billion to $4.7 billion.” The value of the new Gap tie-up, in particular, “which will hit stores this summer, could be worth as much as $970 million of that total, the bank estimated.”

“Sales for Yeezy’s adidas sneakers remained resilient through the pandemic, growing 31 percent to nearly $1.7 billion in annual revenue last year and netting [Mr. West] $191 million in royalties,” Bloomberg reported, citing the UBS report. Meanwhile, based on the investment bank and financial services company’s documentation, “Gap expects its Yeezy line to break $150 million in sales in its first full year in 2022,” and if all goes well, “exceed $1 billion as soon as 2023.”

Breaking Down the Deal(s)

As for how these deals work from an intellectual property-ownership standpoint, it remains true that West maintains control of Yeezy, or more specifically, the trademark rights upon which the brand has been built, and upon which its partnerships so heavily depend. To breakdown is essentially this: West’s Mascotte Holdings is the sole holder of the trademark rights in (and registrations for) “Yeezy” and “YZY” for use on footwear and apparel, which West’s corporate entity then licenses to adidas for use in connection with the footwear collection, and to Gap for the impending apparel deal. This enables West to monetize this intellectual property (and bring in royalties), while still maintaining complete ownership over the identity of the venture.

(If Mascotte’s most recent trademark filing is any indication (and sometimes, a company’s filings are an indication of what is to come), West is looking to branch out further, with the IP holding company filing an additional “Yeezy”-specific trademark application for use of the name on cosmetics – including “concealers, blushers, facial powders, foundation makeup, eye makeup, eye pencils, eyebrow pencils, mascara, false eyelashes, face and body glitter, cosmetic compacts sold filled with cosmetics, cosmetic pencils, lipstick, lipstick cases, lipstick holders, lip gloss,” etc. – in June 2020.)

In terms of the long-running deal between West and adidas, the sportswear titan is not without rights of its own. For instance, adidas holds the rights in the Yeezy footwear designs, themselves, with adidas designers Nic Galway and Aurelien Longo listed as inventors of design patents for the Yeezy 750 Boost; and Galway, alone, listed as the inventor of the patent-protected classic Yeezy boost sneaker and variations thereof. All of the patents, and a similar copyright registration, are assigned to – and thus, owned by – adidas, and West receiving royalties based on sales in connection with the use of his Yeezy marks. Hence, the $191 million check West received from adidas in 2020.

From a transactional standpoint, chances are, the heavily-anticipated collaboration with Gap runs the same way.

*This article was initially published in July 2019 and has been updated to reflect Bloomberg’s new figures. 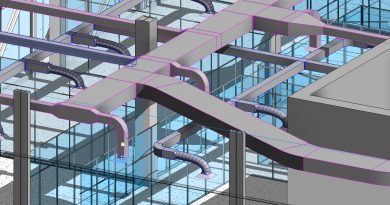 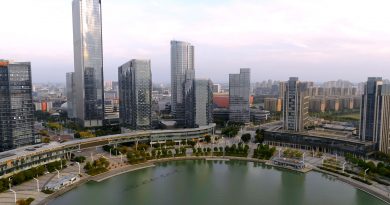 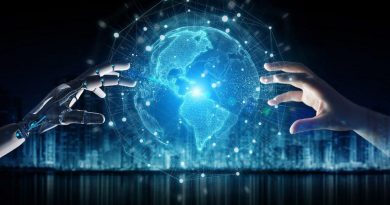